Michelle Obama pays tribute to her husband in convention speech 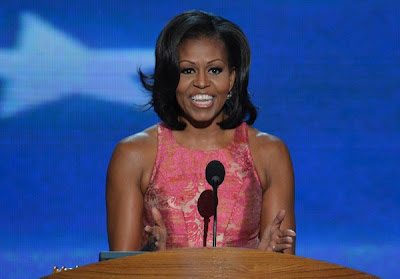 LA TIMES reports--- CHARLOTTE, N.C. -- Michelle Obama delivered an affectionate tribute to her husband Tuesday night as a man of courage and unshakable conviction, putting a warm gloss on an opening convention program filled with harsh attacks on Republican Mitt Romney.
“I didn’t think it was possible, but today I love my husband more than I did four years ago. Even more than I did 23 years ago, when we first met,” the first lady said in a prime-time speech carried live by the major TV networks. “I love that he’s never forgotten how he started. I love that we can trust Barack to do what he says he’s going to do even when it’s hard – especially when it’s hard.”
Reprising many of the themes and anecdotes she used in her speech to the Democratic convention four years ago, Obama delivered an implicit contrast to Romney’s wealth and comfortable upbringing by describing the hardship that she and her husband faced growing up.
Read full article:http://www.latimes.com/news/politics/la-pn-democrats-convention-attacks-romney-20120904,0,5314186.story 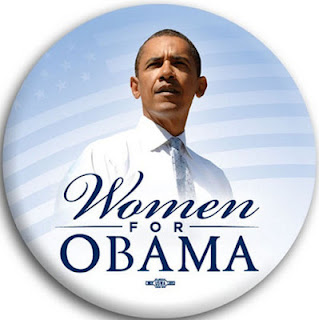 Food for thought: Michelle delivered such a remarkable, heartfelt speech as America's First Lady and Mother in Chief.  As she stated, The Presidency "Reveals" a person's character, it doesn't change a person.  I must admit, in 2008 I voted for President Obama because he was the first African American to win the DNC nomination, hence making history.  But this time I am endorsing him for re-election because he is a PROVEN PRESIDENT and a man of  wisdom, patience and moral  character who cares about America and her citizens!!

Being President of America is not just a daunting task, it's an adventure not every man is capable of embarking upon. Barack Obama is truly a man of good-will and moral character that I'm proud to call Mr. President.