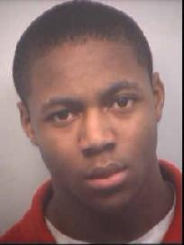 Solitarywatch.com reported yesterday---
In a particularly horrendous story out of Georgia, the Atlanta Journal-Constitution reports today on the death of a 17-year-old in solitary confinement in a small-town jail last year. The teen’s mother has now named the town, its police department, the jail’s nurse and doctor, and four correctional officers in a federal lawsuit claiming wrongful death and civil right violations, based on allegations that her son’s serious medical condition was ignored.

Fabian Avery III weighed 153 pounds when he was transferred from the Fulton County jail in late February 2011 to alleviate overcrowding. The 17-year-old was found dead nearly a month later in an isolation cell at the Mize Street Municipal jail in the south Georgia town of Pelham, his 6-foot-1-inch frame shriveled to 108 pounds, according to reports…
Avery died of appendicitis and complications from a bowel obstruction, according to investigative documents compiled by the GBI [Georgia Bureau of Investigation].
He had been arrested in December 2010 on armed robbery charges and was transferred to Pelham on Feb. 15, 2011.
The complaint claims that Avery first reported being ill on Feb. 24, 2011 and was given minimal attention. While he complained of nausea, stomach pains, vomiting and lower back pains, as well as frequently vomiting and defecating on himself, the lawsuit claims jail staff did little to help get Avery the necessary care…

Avery was found dead on the morning of March 18, on a mattress on the floor of his 6-by-10-foot isolation cell.
According to the AJC, the GBI’s investigation found that the teenager had been placed in “the hole” after he first reported being sick, ”because he began frequently soiling himself and not cleaning up or showering.” The jail’s nurse reportedly “suggested that Avery might have been faking some of his symptoms,” despite his apparent extreme weight loss.
The defendants’ attorney told the AJC: “This is an unfortunate case…If [the jail staff] had any indication that he needed any more medication, it would have been provided.”
Posted by Syneeda at 5:22 PM


You would think with what happened with the violation of Troy Davis's human rights last year, a recently released inmate from the GA state prison system, would become wise enough to startup a petition to sue the "Privatized Prison industrialized for violation of his or her human rights.

Prisoners can also sue the State and Federal government for the same abuse, just look it up in the U.S. Constitution.

If a person “human rights” are ignored or violated, while in prison, they are entitled to sue the federal government.

Most inmates human rights are being violated in other ways, and they are given significant amounts of drugs, just to help them cope with solitary confinement.

There is so much violation of human’s rights in America, if everyone wants to wave the flag, "about their rights being abused or violated, it will literally bankrupt America.

As long as America remains racially divided, Americans will not be able to fully accept the violation of all of our forefathers civil and human rights.

Before his death, Dr. King wanted to push the Civil Rights Act to be amended to protect a person's "human rights", but the bill was never passed. Just look it up, the Failed Equal Rights Amendment or ERA.

With nearly every American civil rights being violated, dating back several centuries, each of us will be able to claim restitution, for the violent death of all of our forefathers. Hence, America’s Civil War…

Imagine, if America had full and complete "Emancipation" from England?!!