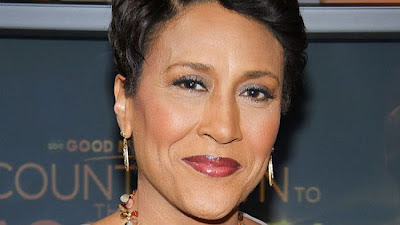 My prayers are with Robin and her family.
NEW YORK (AP) — The mother of “Good Morning America” co-host Robin Roberts has died.
Jeffrey W. Schneider, senior vice president of ABC News, said 88-year-old Lucimarian Roberts died Thursday night.
ABC’s Facebook page said Robins traveled “home to Mississippi just in time to see her.”
The death came on the same day Roberts said goodbye to her co-workers and audience before starting medical leave for a bone marrow transplant.
Her departure had been set for Friday. But in a last-minute change of plans she told her viewers she was leaving a day early to visit her ailing mother.
WABC-TV said Lucimarian Roberts was the first African-American to head Mississippi’s board of education. She also collaborated with her daughter on a book titled, “My Story, My Song — Mother-Daughter Reflections on Life and Faith.”
Posted by Syneeda at 10:27 AM