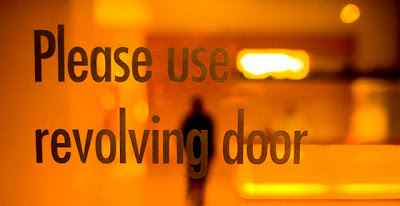 By blogging about government corruption, I feel like I'm fighting a lost cause.  As a former military budget officer and whistle blower, I was punished in the worse way for for reporting military fraud.  My allegations also included evidence of illegal military revolving door practices.  Like the story goes, these allegations were never investigated.

As a tax paying citizen, I would like to know which federal agency determines what allegations of fraud to investigate and which ones to ignore.  Is there a certain dollar threshold, or lost to the tax payers, before the Dept.  of Justice  Anti-Trust division would consider investigating Qui Tam claims of  illegal military or defense contractor revolving door practices?

--- A former executive and lobbyist for defense contractor Lockheed Martin has been appointed to one of the most powerful posts on Capitol Hill overseeing the defense industry.

Sauer received more than $1.66 million from Lockheed during a reporting period that encompasses this year and last year, according to a financial disclosure form she filed in April. The $1.66 million included salary, bonus, deferred compensation and a lump sum described in the filing as “RETIRED PAY.”
Sauer was appointed to the Senate staff position in February. Her financial disclosure form, recently noted by Legistorm, called attention to her appointment.

Lockheed Martin, the Department of Defense’s top contractor (in terms of total contract dollars awarded yearly), receivestens of billions of dollars annually from the Pentagon. Last year alone, the firm was awarded Department of Defense contracts valued at more than $33 billion. The company is responsible for some of the Pentagon's most expensive and troubled weapon systems, including the F-22 and F-35 fighter jets.

McCain has a history as a vocal critic of Lockheed Martin programs. Before Sauer’s appointment, McCain referred to the beleaguered F-22 as an “expensive corroding hangar queen” and labeled the F-35 program “a scandal and a tragedy.”

More recently, McCain announced that he will be joining Lockheed Martin and other Pentagon contractors in their fight to avoid defense sequestration -– a potential consequence of  last year’s Budget Control Act that could reduce defense spending to approximately 2007 levels.

“I have to admit I was shocked when we learned this,” Danielle Brian, POGO’s executive director, said of Sauer’s appointment.

“For at least a decade, McCain has had no peers in the Congress when it comes to oversight of major defense contractors,” Brian said. “I don't see how he can possibly continue this legacy given this staffing decision, and that is terribly disappointing,” she added.

McCain has called attention to what he has described as potential pitfalls of the revolving door between the defense industry and the government. In a December 15 Senate speech, McCain said:
“To be clear, the military-industrial-congressional complex does not cause programs to fail.  But, it does help create poorly-conceived programs -- programs that are so fundamentally unsound that they are doomed to be poorly executed.  And, it does help keep them alive -- long after they should have been ended or restructured.”

Sauer and a spokesman for McCain did not respond to requests for comment.  A Lockheed spokesman declined to comment.

Among the questions the McCain spokesman left unanswered: Whether Sauer will recuse herself from any matters involving Lockheed.

Because the Armed Services Committee helps set the Pentagon’s budget, it is unclear how the Republican staff director could avoid matters that affect the company.

Sauer is one of the more vivid examples of the revolving door between the defense industry and its overseers in government.

Before her career of more than 10 years at Lockheed, she worked in the Senate for more than two decades, ultimately as a senior aide to McCain, according to a Sauer biography on a web site associated with the National Defense Industrial Association.

When she left Lockheed in January 2011, she was “Vice President, Acquisition Policy, Logistics, and Budget,” according to the biography.

Lobbying Disclosure Act records show that Sauer was a registered Lockheed lobbyist during most of her time with the firm.

“At various times, she was responsible for managing the corporation’s senior-evel [sic] interfaces with senior Executive and Legislative Branch officials on a wide array of programs and policy issues,” the Sauer biography says.

A LinkedIn profile for Sauer says: “I held several senior positions in the Government Relations office, including management of marketing and lobbying teams covering a broad array of the corporation's areas of interest.”

After leaving Lockheed, Sauer ran her own consulting business, which “provided advisory services to major defense corporations,” the biography says. Sauer’s financial disclosure form lists BAE Systems paying her $55,000 in consulting fees. A BAE Systems spokesman could not be reached for comment.

Sauer’s story marks the second time in as many months that POGO has reported on a Congressional armed services committee staffer having financial ties to a major defense contractor. Last month POGO's Dana Liebelson reported that, before joining the House Armed Services Committee, Thomas MacKenzie was a Northrop Grumman lobbyist and held between $100,000 and $250,000 worth of the company’s stock.
Posted by Syneeda at 11:05 AM

You would like to know "which federal agency determines what allegations of fraud to investigate and which ones to ignore. Is there a certain dollar threshold?" The simple answer is, when it comes to the military, no investigation will happen if the military does not want it to happen. And, there is no certain dollar threshold. If the military wants to prosecute you for two cents, they'll do it, while looking the other way on these revolving door practices.