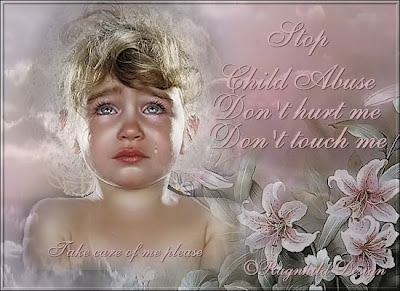 (CNN) Reports -- A Texas father caught a man sexually assaulting his 4-year-old daughter and punched him in the head repeatedly, killing him, authorities said.

Neither has been publicly identified.

The girl was left inside the family's house during the social gathering, while other members of her family were tending to horses, the sheriff said.

The alleged abuser was known for his horse-grooming abilities, Harmon said.
The father returned to the house, caught the man in the act, and stopped him by striking him in the head several times, Harmon said.

The man was pronounced dead on the scene, while the daughter was taken to a local hospital in Victoria, Texas, for examinations before being released.

Harmon described the girl as "OK besides the obvious mental trauma."

Asked whether they would press charges against the father, the sheriff responded, "You have a right to defend your daughter. He acted in defense of his third person. Once the investigation is completed we will submit it to the district attorney who then submits it to the grand jury, who will decide if they will indict him."

Harmon described the dad as "very remorseful," adding that he didn't know the man was going to die.

Authorities were withholding the deceased man's name while they notified next of kin. Officials did not know immediately if he has a prior criminal history.

Lavaca County Precinct Judge Alene Lyons, who is coordinating information in the case including autopsy results, said Monday that a preliminary autopsy report indicated the victim "died from blunt-force head and neck injuries."

"It will take six weeks to get the full report back because they also did a toxicology report," Lyons said.
Posted by Syneeda at 9:21 PM

We will just have to wait and see what happens. because maybe he was defending his daughter or maybe he wasn't.

Anon, in this case, he was clearly defending his daughter. I'm sure he had not intent to kill his friend but this case reminds me of the movie "A Time to Kill", when actor Samuel Jackson sought to kill two white men for brutally raping his daughter. Although the movie has clear racial undertones, it conveys a powerful message; the lengths a father is willing to go to protect his daughter!