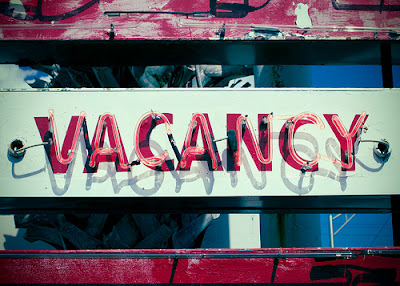 When the President fails to nominate the watchdogs who expose government wrongdoing, how can Congress ensure that taxpayers are getting the oversight they deserve? That was the question legislators sought to answer yesterday morning at a House Committee on Oversight and Government Reform hearing.
POGO Investigator Jake Wiens testified at the hearing (his very first congressional testimony—woo hoo!) on the importance of promptly nominating permanent Inspectors General (IGs). Wiens is the mastermind behind POGO’s new website “Where Are All the Watchdogs?” which tracks the number and length of IG vacancies.
“POGO firmly believes that the effectiveness of an IG office can be diminished when that office does not have permanent leadership, especially when that vacancy exists for an extended period of time,” Wiens said in his opening statement.
At present, 10 of the 73 Inspector General positions are vacant. Eight of these positions require nomination by President Obama. The longest vacancy is at the State Department, where the IG office has now been without permanent leadership for almost 1,600 days.
“The president has had more than three years to make a recommendation…why hasn’t he made a decision on this? Aren’t there plenty of competent people that can do the job?” said Rep. Dan Burton (R-IN), referring to the State Department vacancy. Burton is a former chairman for the House oversight committee.
Current Committee Chairman Rep. Darrell Issa (R-CA) pointed out that the hearing on IG vacancies was not held in order to reflect upon the Obama Administration— but to instead determine how best to ensure that future administrations nominate IGs in a prompt manner.
“A robust group of IGs at federal agencies is the best way to prevent waste, fraud and abuse,” Rep. Issa said.
Several of the representatives made a concerted effort to recognize the good work that acting IGs have done under President Obama. Rep. Carolyn Maloney (D-NY) asked one of the witnesses, General Services Administration (GSA) IG Brian Miller—whose office recently cracked the GSA Las Vegas scandal—whether he treated acting or permanent IGs differently.
“I give equal weight to both permanent and temporary IGs” Miller said. He told Rep. Maloney he believes he would have still been able to unearth the GSA scandal even if he had been an acting IG, instead of permanent. However, at the hearing, Miller also emphasized the importance of the vetting process for permanent IGs.
“Finding and nominating the right person for the job is absolutely vital” Miller said. “IGs need time and experience on the job to develop.”
POGO found in its latest investigation that:

A permanent IG has the ability to set a long-term strategic plan for the office, including setting investigative and audit priorities. An acting official, on the other hand, is known by all OIG staff to be temporary, which one former IG has argued “can have a debilitating effect on [an] OIG, particularly over a lengthy period.” Senator Charles Grassley (R-IA) has echoed that sentiment, saying “Even the best acting inspector general lacks the standing to make lasting changes needed to improve his or her office.”

Wiens, in reflecting upon the hearing, said that the issue isn’t about pitting permanent IGs against acting IGs, but instead determining whether “in that same position, a permanent IG could do a better job—I would make the case that the answer is yes.”
Overall, Wiens said that he was pleased to see that the Representatives “took the issue of Inspector General vacancies seriously and focused on substance, not partisanship.
Posted by Syneeda at 11:34 AM