Gay marriage a distant dream around the world 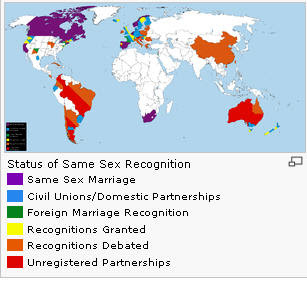 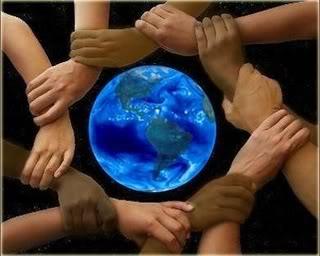 Food for thought:  I'm not gay, but I'm a strong supporter for equal and human rights!  After reading this article I applaud President Obama for his endorsement in moving America one step closer in upholding "Civil, Equal and the Human Rights" of all Americans.
Despite what couples decide to do behind close doors, it is not our place to judge them, only God's place.
If we are going to seek to "kill" another person and drag their bodies through the street, because he or she is gay, that is an act of the Devil, Not and act of God!!
If God didn't want gay people to live on earth, then why has God allowed them to continue to live on earth with other humans?!
As Humans, we are suppose to love one another, not judge or hate one another because of the differences in our religious beliefs, race, gender or sexual orientation!
Hate fuels evil and evil fuels hate!!