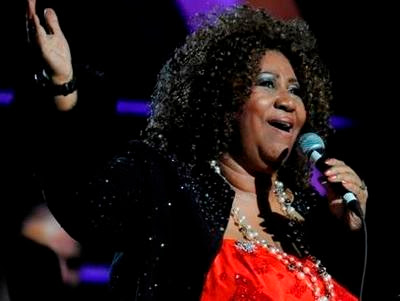 AP reports - The queen of soul is taking her place in the Gospel Music Hall of Fame.
Aretha Franklin is one of six people who'll be inducted into the Hall on Aug. 14 in Hendersonville, Tenn. She'll be joined by bluegrass legend Ricky Skaggs, family group The Hoppers, contemporary Christian singer Dallas Holm, the late TV evangelist Rex Humbard and Christian rock band Love Song.
Franklin's gospel roots run deep, starting with her father who was a prominent Baptist minister. Her 1972 album, "Amazing Grace," has sold over 2 million copies and is one of the best-selling gospel albums of all time.
The Gospel Music Hall of Fame was established in 1971. More than 150 members have been inducted, including Dolly Parton and Elvis Presley.
Posted by Syneeda at 12:22 PM