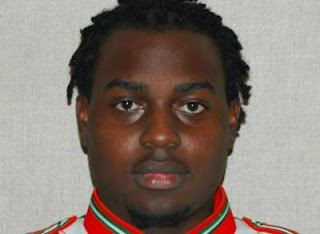 Advocate.com  reported - Charges were filed Wednesday against 13 people allegedly involved in the hazing death of a gay clarinet player who’d just been chosen as a drum major at Florida A&M University.
Robert Champion died on Nov. 19, 2011, after a ritual called “crossing bus C,” in which band members are forced to walk between band members each kicking or punching him. He began vomiting, complained of breathing difficulty, and later died and initially his band mates claimed they had no idea, according to according to the Palm Beach Press. His parents later told reporters that witnesses had come forward and said that their son was hazed for being gay, or ironically, for being against hazing rituals himself.
According to Phelan M. Ebenhack of the Associated Press, the new charges have raised the stakes “for a subculture of violent and clandestine acceptance rituals that remains stubbornly entrenched in many collegial institutions.”
At a news conference yesterday, Florida State Attorney Lawson Lamar announced that of those charged in Champion’s death, 11 were charged with felonies two with misdemeanors and 20 more people will also face misdemeanor charges in the hazing of other students at Florida A&M, according to the New York Times.
The crackdown at the Florida A&M, a historically African-American university with what’s considered the best marching band in the country, will be one of the biggest criminal cases ever to tackle hazing. So far, police aren’t publicly announcing whether the charges were all brought against students or if the band director or other school officials were indicted.
Posted by Syneeda at 12:10 AM

Syneeda, I recall when you first blogged about this story, this was so sad.