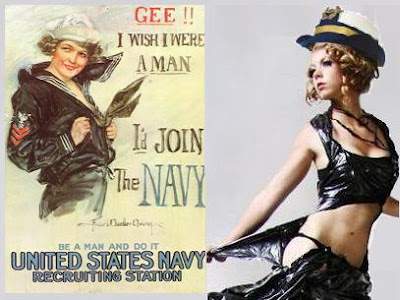 Top of Form
Bottom of Form
A male Naval Academy midshipman raped a female classmate while she was unconscious in her dorm room at the Naval Academy Preparatory School in Newport, R.I., after a night of binge drinking, prosecutors argued Tuesday during court-martial proceedings at the Washington Navy Yard.

Midshipman 1st Class Matthew Cook, a senior at the academy, is charged with aggravated sexual assault and wrongful sexual contact. His graduation was delayed pending the results of his court-martial.

While assigned as a trainer for incoming NAPS students that summer, prosecutors said Cook slipped into a fellow detailer’s room at King Hall after 2 a.m. Aug. 14, 2010, and startled her when she returned. They said the woman had no relationship with Cook, didn’t consent to sex and passed out from drinking after returning to her room.

She woke up in the middle of intercourse because his motions were violently banging her head against a desk nearby, but that she lacked the strength to stop him before passing out, prosecutors said.

“This is not a case of drunk sex,” Lt. Cmdr. Rachel Trest, said in her opening statement. “He knew she was too drunk to have sex and not interested but he did it anyways.”

Trest estimated the alleged victim consumed nine to 12 alcoholic drinks that night, as part of a larger celebration at Newport’s Rhino Bar because it was their last day on the detail.

Navy Times, as a policy, does not identify the alleged victims of sexual assault without their permission.

Cook and the victim had kissed two weeks prior to the night the alleged assault occurred, but the two had broken off contact in the weeks since and there was no more relationship, sexual or otherwise, Trest said. The victim, who has since graduated and is now an ensign, is expected to testify in the court-martial.

The defense said they would show that varying details about the night in question and the victim’s inability to recall all of it would add up to a reasonable doubt that Cook assaulted his classmate.

“The devil is in the details,” lead defense attorney Christopher Drewniak said in his opening remarks to the seven jurors, all of whom are naval officers. By the end of the court-martial, he continued, “You’ll find that the differing accounts ... create considerable doubt about what, if anything, happened that night.”

Drewniak telegraphed one of his likely strategies at the first day’s proceedings, while the jurors were sent out: The victim reported the alleged assault to officials for disciplinary action in March of 2011 — seven months after it supposedly occurred.

Drewniak asked a witness about why the victim may have reported it at that time, a question that was overruled.

But in closed session, Drewniak told judge Capt. Eric Price that he wanted the witness, a fellow senior on the NAPS detail, to say whether he heard any rumors about why the victim may have come forward then — namely embarrassment for having other students see Cook emerging from her room the following morning.
Prosecutors successfully argued that the answer to this question would be hearsay.

Cook sat quietly at the defense table all day, only saying “Yes, sir” seven times in answer to the judge’s questions at the end of the day’s session. He is a burly young man — he was a power-lifter at the academy and lifted in the 242 pounds weight class, a classmate testified — who put on his black wire-rimmed glasses occasionally to read during the court-martial.

Cook sat motionless while classmate Ens. Jonathan Luetkenhoelter testified that he had walked in the next morning and seen both Cook and the victim lying naked on a twin bed. Yet Luetkenhoelter, who lived in the room next to the victim, said he hadn’t heard any noise or banging from the previous night.

Drinking after hours was common on NAPS detail, and that night was no different, testified fellow detailer Marine Corps 2nd Lt. Timothy Berry, who said he was a friend of Cook’s who had also attended NAPS. Berry, then Cook’s roommate, said Cook left the room to make a phone call and didn’t return.

Two months later, Cook told him that he had spent that night with the victim in her room. Asked if he recalled Cook saying if the victim had been drunk and passed out, Berry responded: “I believe so.”

In 1992, the Italian Supreme Court released a perpetrator of rape charges because “the victim wore very, very tight jeans, she had to help him remove them, and by removing the jeans it was no longer rape but consensual sex.”

The women in the Italian Parliament were enraged by the verdict and immediately protested by wearing jeans to work. The call to action motivated and encouraged the California Senate and Assembly to do the same. Patricia Giggans, Executive Director of Peace Over Violence, became aware of the protest and created Denim Day in L.A. The event asked community members, elected officials, businesses and students to make a social statement with their fashion statement and on this day wear jeans as a visible means of protest against misconceptions that surround sexual assault.

Yes, discretionary prosecution at its best!
Recently, Defense Secretary Panetta has announced changes to the reporting of complaints of rape and sexual assault, stating that they must now be processed through a bird colonel (or Navy captain). Interesting, but does Mr. Panetta understand that many complaints get to that level and it is the bird colonel (or Navy captain) who has been a party to the cover-up?

In this case, one midshipman made a complaint and another midshipman is being prosecuted. That would be the right thing to do, but why do some victims have to TRY to sue the Defense Secretary or service secretary when they reported rape or sexual assault and no one did anything about it. The answer is discretionary prosecution and whatever change Mr. Panetta is making isn’t really a change. Some O6 officers try to cover up because they fear that it will reflect poorly on their command, while others decide to prosecute the matter rather than fear that their poor decision to cover it up will come back to haunt them. It’s really selective prosecution left up to the “discretion” of the commanding officer, just like before, and nothing has changed.

I don’t expect that the eight women who are currently suing will have much success because the people who are named are appointees who make the rules and are protected by the Feres Doctrine. Not to mention that they simply employee the services of the Department of Justice to defend against any suit.

After reading many of the postings, you can probably make book that the midshipman being prosecuted will not receive a “Sturges” free pass because, well, he’s being prosecuted. He didn’t have an O6 or anyone else willing to cover for him like William H. Weinfurtner (Slick Willy, Wild Billy, Free the Willy) in a number of other postings discussing the “Sturges” that he received for soliciting sex, and who had an O6 cover for him and the benefit of the complaint actually naming the service secretary. It’s the double standard we’ve heard for years and discretionary prosecution that Mr. Panetta is handing out. You just have to notice that it gets reviewed at the O6 level; it doesn’t mean that there will be any compliance with civilian laws that govern everyone else! The cover up continues!

I agree with Anon! Is Panetta saying that the rapes and sexual assaults didn't make it to an O-6? With so many making it to the IGs, only to have the IGs cover up, I would say that the complaints must have made it to and through an O-6. And what if the complaint is made directly to an IG and the IG does business as usual? After all, most rapes and sexual assaults aren't reported because the victims know that reprisal actions will follow. The Navy's Queen of Denial, Jill Loftus, is well versed in that and is probably responsible for the assault rate increasing, at least in the Navy. I don't see Panetta's proposed solution when a report is made directly to an IG because the victim fears reprisal from the chain.