President Obama: ‘I Wasn’t Born With A Silver Spoon In My Mouth’ 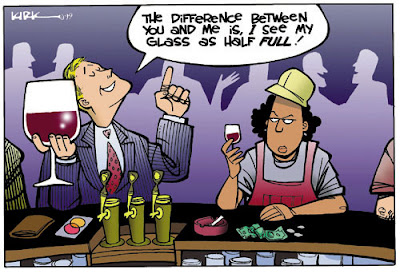 On Tuesday,  TPM  reported: President Obama brought out the knives Wednesday, so to speak, by bringing up a spoon.

In a speech in which he stressed the need for education and opportunity, he contrasted his own life story with that of his likely GOP rival.
“I wasn’t born with a silver spoon in my mouth. Michelle wasn’t. Somebody gave us a chance. Just like these folks up here are looking for a chance.” Obama said.
Obama has been touting his economic and social vision for America — a plan that includes an emphasis on the Buffet Rule, which would require high-earning Americans to pay more in taxes — but the line was just as much a personal dig at Romney, who was born into privilege. Romney’s father, George Romney, ran the American Motors Company and eventually became governor of Michigan. One of Obama’s best attributes as a candidate, recent polls indicate, is his likeability, his empathy for the struggles of others and as having risen from a single-parent home to be president. And Obama knows he can wield that factor in his favor against Romney, who has made several wealth-related gaffes on the campaign trail.
That Romney happens to be wealthy is a gift that Obama isn’t likely to squander. But his and Michelle’s personal stories are also being used to push an economic and social vision for the country that is integral to his campaign: that society is about helping each other out, not going it alone.

I also agree with our first Republican president, a guy named Abraham Lincoln, who said that true government, we should be able to do together what we can’t do as well on our own. There is some things we don’t do well on our own.

Obama said the GOP budget does the opposite — it would gut public investment in favor of tax cuts for the wealthy, another subtle reminder that Romney’s personal wealth is always lurking in the campaign shadows.
Romney, for his part, has spent the primary trying to cast himself as a self-made man whose business expertise would help get the country on sound economic footing. Despite saying on the trail that he owns multiple Cadillacs and pals around with NASCAR team owners, Romney maintains that his wealth is a product of his success, not the family he was born into. “Guess what? I made a lot of money,” he told Fox News’ Megyn Kelly in March. “I’ve been very successful. I’m not going to apologize for that.”
Posted by Syneeda at 8:20 AM