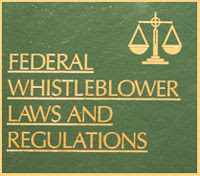 On Friday Project on Government Oversight  (POGO) reported:
On Wednesday, the Senate Homeland Security and Governmental Affairs Committee (HSGAC) passed a bill that would expand much-needed whistleblower protections to all non-federal recipients of federal funds. If passed, it means that any contractor, subcontractor, or grantee who speaks out against the misuse of federal funds may not be discharged, demoted, or otherwise discriminated against as reprisal for blowing the whistle.
POGO has long advocated to protect federal contract whistleblowers and taxpayers, and we have been supporting this legislation since it was first introduced by Senators Claire McCaskill (D-MO) and Jim Webb (D-VA). If passed, the Non-Federal Employee Whistleblower Protection Act of 2011 (S.241) will become one of the most broad-ranging government accountability reforms in history.
“I think we’ve learned over and over and over again that whistleblowers are taxpayers’ best friend,” McCaskill said on the floor on Wednesday, “and we are really missing the boat if we isolate whistleblowers within the government from whistleblowers within the contracting community.”
POGO agrees wholeheartedly.
On Monday, POGO and other good government organizations including the Government Accountability Project (GAP), OpenTheGovernment.org, and National Taxpayers Union (NTU) sent a letter of strong support for the Non-Federal Employee Whistleblower Protection Act to the Chairman, Ranking Member, and Members of HSGAC. We applaud the Committee for passing this important bill.
In December, POGO’s Director of Public Policy Angela Canterbury testified on S.241 before the Senate Subcommittee on Government Contracting. She pointed to the gaping accountability loopholes in the existing patchwork of laws, protecting only some contractors and federal fund recipient employees who blow the whistle, and only under very limited circumstances. Canterbury said S.241 would protect the most common disclosures made by employees seeking to fix a problem—those made to a supervisor or internal compliance program. Inspectors General would investigate claims of retaliation, and whistleblowers would have access to effective remedies (including compensatory damages) if reprisal is confirmed.

In sum, S.241 would ensure strong protections for those on the front lines against waste, fraud, abuse of taxpayer dollars, and threats to public health and safety. This is extremely effective public policy that will result in far more accountability.

The next step to make S.241 law is for Senate to pass the bill, and you can be sure POGO will be keeping a watchful eye during the coming weeks.
Posted by Syneeda at 8:45 AM

This is great news, but it comes with a very high price. When the person blows the whistle, and retaliation, discrimination, termination, or other adverse action is taken, the person would be able to sue. However, the lowly individual has limited funds. The government has a virtually unlimited fund called “Your Tax Dollars” and the government will use as many of your tax dollars as necessary to say that the reason that they did what they did had nothing to do with your Whistleblowing! Millions will be spent by unscrupulous government authority to crush the complainant, including framing the person for some made-up offense.

Anonymous, you make a very good point. If you're on your own after you blow the whistle, can you afford to fight the government? Will your company help you or is your company more interested in keeping their government contract? It seems to me that if you want to keep your job, you say nothing. That's business as usual.