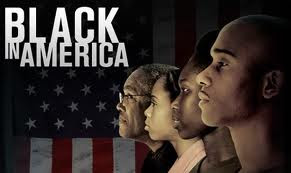 A few weeks ago I had the pleasure of meeting Lisa Tyrell Perry-Amos, President-CEO of “Word on da Street” publishing, when she sponsored a literary event at the Underground Atlanta.

Her bio:  Lisa, a native of New Jersey now considers Atlanta her home.  As a child, Lisa dreamed of being an accountant, which she did successfully. Growing up in New Jersey, Lisa was raised by her grandmother who loved her unconditionally. After the death of her grandmother Lisa met her husband who was very abusive.

Lisa is the single mother of 2 daughters. Her brothers Sal and Hass are her family. Lisa later moved to Atlanta and back to NJ. She then met Novel Tees who was in the process of opening a book store. Novel Tees became her mentor and she decided to open a book store of her own.

She then met J. M Benjamin.... in between Novel Tees and J.M. she became herself.

Lisa began to network with authors and now she has over 2200 authors and 10 rappers that she promotes. Lisa is not only a survivor of domestic abuse but child abuse as well. Lisa is all around a survivor and she wants everyone to know that God is not through with her yet. The best is yet to come.

-----
Last night I finally had the pleasure of speaking to Lisa about her publishing company and what drove her to be interested in what is considered to be “urban literature.” Her story is compelling, especially considering she a highly educated “Caucasian American”, who unselfishly has taken on a plight to help publish and promote talented African American writers who would typically get turned down by mainstream publishers.

I was extremely inspired by Lisa’s story and how I believe God is using her to help African American authors, poets and rappers.  I do believe it is her calling!

Those of you who are familiar with my story, already know how I spent 2 months in a military prison on specious charges of committing adultery, as a non-married woman.

Only in the U.S. Military….

Looking back on my plight, ISAIAH 5:9 tells us “So the common people and the great people will be brought down; those who are proud will be humbled.”

It would take a 2 month prison sentence for me to get kicked out of the military and be forced to move back home to my roots;  to take me off  - what some of my old neighborhood “so-called friends” would consider -  “my high horse.”

Sadly enough, when I returned back to my home town I was appalled to see how my old neighborhood, the “black community” is still disenfranchised.  Yet, my hometown of Buford Ga. (if you ask the city’s commissioner) is considered to be one of the most thriving communities in North Gwinnett County, located less than 25 miles north of the city of Atlanta Ga.  Since the development of the “Mall of Georgia” which is considered to be the largest mall in the state of Georgia.

The following clip is a blogtalk interview Lisa held last year after the death of, Nate Nati Holmes, an up and coming young black author who lost his life too soon last summer.  http://www.blogtalkradio.com/word-on-da-street/2011/08/27/word-on-da-street

You can read about Mr. Holmes tragic death here: http://aambcgroup.wordpress.com/2011/08/30/author-nate-nati-holmes-found-dead/

The interview is lengthy but I strongly encourage you to listen to the entire radio interview.   It will help you gain an inside perspective on the many trials, tribulations and challenges African American men and women face every day.

Whether we reside in larger inner cities or small urban communities, the federal government would rather allocate millions in funding towards increased welfare programs to continue to disenfranchise our black communities.  Rather than completely revamping social programs into more resourceful programs that are linked with community or state college scholarship programs and/or job corps training programs.

Recently, America was able to make a profound statement which was amplified throughout the world on the tragic death of Trayvon Martin.  Unfortunately the tragic deaths of other innocent African American men, women and children who are killed across American every day are never talked about, and their voices scream “in Silence” for justice.

In most instances, over something as senseless as a “dice game,” which was the case of tragic death of Mr. Holmes.

The callers to Lisa’s blogtalk show made some very interesting points about the attitudes of African American men, either on their way to prison, coming out of prison or not caring if they go back to prison. 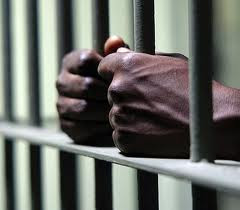 This is a deadly epidemic that America can’t continue to ignore.

Being raised in the Deep South in an underprivileged black suburban community, I consider myself a success story, despite the abrupt end to my military career.

The Navy took me in at the age of 18 and raised me into the adult that I came to be.  I don’t blame the entire organization of the Navy for what happened to me, only those who abused their position of authority and subsequently abused me, by punishing me as a whistleblower!!

As I near the completion of publishing both my poetry book and memoir, it is God’s calling upon my “New” life to help to give back to my community; by helping to mentor our young African American men and women!!

Like Lisa, I want to help to encourage them that “They are Somebody” and can’t NO one tell them otherwise!!

Unless black and disenfranchised communities are onboard with CHANGE, a few social programs will only help a small portion of those who want to change their lives.