Being Gay in America 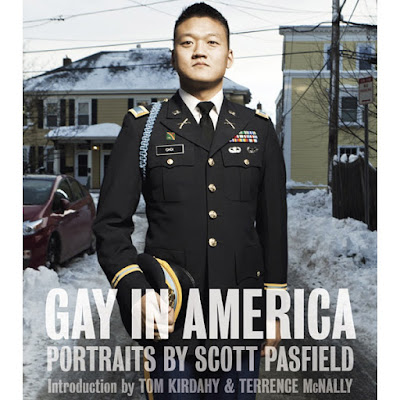 As America concluded its celebration of “Women’s” history month, last week, I felt compelled to blog about a comment made by the Former NAACP leader, Julian Bond, during a recent interview with Anderson Cooper.

His comment was, “When did black people “Patent” the Civil Rights movement?!

Among these pioneers were both white and black women, who were in search of equality, civil rights and civil liberties of all Americans.

Women's suffrage activists pointed out that blacks had been granted the franchise and had not been included in the language of the United States Constitution's Fourteenth and Fifteenth amendments (which gave people equal protection under the law and the right to vote regardless of their race, respectively).   This, they contended, had been unjust.

So, when is a white man in America forced to give up his civil and/or equal rights?  Is it when he decides to publicly announce that he is GAY!!
Wow, talk about being forced to go straight to the back of the bus, no pun intended.

After America’s Civil War, white men in America have never had to fight for their civil or equal rights, until now, in 21st century America, especially those who are openly gay, serving in the U.S. military.

Had it not been for my brief stay in a DoD military prison facility, I would be just as naive as most Americans that are afraid to entertain the notion of what’s it like to be “Gay in America.”

I’m not implying to go out and experiment.  My point is to be objective enough to simply “listen” to the stories of those who have either “chosen to be gay, forced to be gay or were born gay.”

During the two months of my wrongful incarceration, as a senior officer, I was forced to cohabitate with the female enlisted general population.  Nearly 70% of the inmates were lesbians.

Among them were convicted murders, a sex offender, drug dealers or had been convicted of other serious criminal offenses.  Their crimes warranted such prison sentencing of “life in prison” and then some.

I, on the other hand, was wrongfully charged and convicted of “Adultery.”

I’m sure, if secretly polled, nearly half of the married U.S. population will admit that they have slept with someone else other than their spouse at some point during their marriage, especially a few of our politicians.  Yet, I was the only non-married person in the history of the U.S. military to be sentenced to serve time in prison on specious allegations of adultery.

Pardon my digression from the main topic.

My point is, during my prison sentence, the lesbian population didn’t make any aggressive moves on me because they became aware of the Navy Times article which reported details of my conviction.

I guess it was a blessing in disguise.  This would be the only time I wore the Scarlett Letter like a badge of courage.

The fact that I was an officer would’ve advanced their aggression to want to harm me, yet I was still forced to cohabitate with them.   Regardless, I was just as fearful of them as they were of me.  But this didn’t deter either of us (me and the lesbian inmates) from getting acquainted with one another.

For several weeks, the female inmates eagerly educated me on “Being Gay in the Military, 101”.  The stories they shared were so intriguing I talk about it in the first chapter of my memoir, “Broken Silence” in the chapter titled “The Brig”.

Keep in mind I was once naïve to the whole notion of “Why are people are Gay?”

After listening to the heartfelt stories of the prison inmates and stories of a few friends and family members who are openly gay, I feel even more compelled to help them along their plight for equality in any way I can.

Even if it takes a march on Capitol Hill to petition Congress to amend the failed Equal Rights Acts, to allow for better protection of all American’s HUMAN rights.  I strongly support their fight and right for equality!!

Food for thought:
As a Black –Woman in America, I am classified by either my “race or my gender.” When I fill out an application, I’m asked what is my “race, age, sex/gender, etc. This is how I’m identified in both the American public and private sector.

A person who is “openly” gay in America first identifies with him/herself as being either: gay, lesbian, bisexual or transgender, before identifying with their sex, race, age, etc., but there is nowhere on an application which asks them their “Sexual orientation.”

Once the person is hired and it becomes known within the organization that they are “homosexual” they are almost forced back into the closet just because of their clothing attire, hairstyle, mannerism or whatever else indicates a person is gay.

So if a female stripper or male dancer decides to wear provocative clothing in public, its acceptable, although their profession “spells, if not, promotes sex?” And American’s will spend millions of dollars a year towards that industry, and won’t see anything wrong with it.

Yet, the human brain will reject the notion of a person who is openly gay, because their minds have been conditioned that “being gay is wrong, evil, etc.”

As I slap myself upside the head, what’s the difference of someone working in an industry that promotes sex, than someone being labeled and discriminated against because of their sexual orientation?

This is what confuses me about the whole notion of taking away a person’s Civil Rights because of their sexual orientation?

I know this is an extremely sensitive topic which strikes at the core of American religious values, but its an even more sensitive topic for those who are denied their Civil and Equal Rights as American citizens.  In most cases, they will be the victim of a hate crime because of who they are, which further violates their Human Rights.
Posted by Syneeda at 11:39 AM

Gays and lesbians are serving as second class citizens in the military. There is a lot of work left in the fight for full equality and fairness. The Defense of Marriage Act (DOMA) and other federal statutes that preclude the military from providing equal recognition, support, and benefits to all families must be repealed! Gays and lesbians take the same risks, make the same sacrifices, and provide the same service, yet when it comes to benefits like housing, health care, survivor benefits, and family support, they are not treated the same as their straight, married peers.

There are a number of benefits that the Secretary of Defense has the authority to confer right now, even as DOMA and these other laws remain on the books. It's time to repeal DOMA and change these discriminatory laws. We cannot be a nation with two classes of service members!

Steve, I agree with you full heartedly, if a gay couple can get married in a state which recognizes gay marriages, I don't see why the military or federal government is dragging its feet with allowing full dependent benefits of married gay military couples.