Military rape Victims are not given a chance to say NO!! 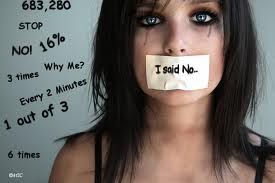 Today the Boston Globe reports:
Congress targets sex assaults in military - Measure demands Pentagon action
An outcry over MILITARY RAPE attacks has prompted Congress to step in. Language deep within the 1,150-page, $662 billion defense appropriations bill, approved by the House last night, demands that the Pentagon aggressively address the violence and protect service members.
The article also states:
The Military has invested $1.8 million in the past two years to train judge advocates to handle sexual assault cases.    Which I’m sure was a Ponzi Scam!! …..Train a military JAG on how to be a lawyer?! ….I say kick their incompetent asses out of the military and hire a real attorney and give the $1.8 million back to American taxpayers!
Yet victims’ advocates and government watchdog groups say this has been a tepid response to a massive problem. The Government Accountability Office concluded the Pentagon lacked the oversight to ensure “a consistent and effective approach’’ to sexual assault investigations.

Hi, Sneeda: I have a question. I went to VA to file unemployability due to non-hiring (whistle blower) and they stated I had to be 60% disabled in one area (usually physical)but I filed anyways. They stated I should get seen by a Dr when they contact with me with an appt. Does this sound legit? I am currently at 50% and 30 of that is from PTSD-whistle blower related. I assume I am going to get seen by a shrink and they wil determine if I deserve a higher rating. Heather

Hi Heather, send me an email so I can provide you more info.